The books listed below were written by GILEE’s director;

by Dr. Boaz Ganor, the director of the ICT; and

by Michael Dorn, a GILEE graduate.

A Diary of Four Years of Terrorism and Anti-Semitism 2000-2004 is an invaluable resource for anyone interested in Israel, the Mideast, anti-Semitism, terrorism and the threat it poses to the U.S. and the rest of the free world.

Author Robert Friedmann ably links hate, vilification, and dehumanization, with terrorism. Starting with incidents of anti-Semitism in early 2000, he brings a “play-by-play” account of the recent wave of Palestinian terrorism, the horrendous terror atrocities such as 9-11, and the war in Afghanistan and Iraq.

Spanning over the first four years of the new millennium, Friedmann points out the perpetrators, the victims, the supporters of terror, and the problematic media coverage.

The two volumes of A Diary of Four Years of Terrorism and Anti-Semitism 2000-2004 cover the most sensitive period in modern history, demonstrating how false ideologies turn victims to perpetrators, how the industry of death is glorified, and the challenges to the very existence of Israel, the West, and to freedom.

While realistically grim, the Diary offers no less a realistic hope that understanding anti-Semitism, anti-Americanism, and terrorism, is an essential instrument in successfully beating it. The Diary is a useful source to those interested in an in-depth understanding of key emergent world issues.

Boaz Ganor “The Counter-Terrorism Puzzle: A Guide for Decision Makers”

The expansion and escalation of global terrorism has left populations across the world and decision-makers responsible for contending with it unprepared. This book is the first attempt of its kind to create a manual of counter-terrorism measures on all the relevant operational levels. The author’s main purpose is to give decision-makers the tools to make rational and effective decisions in both preventing and countering terrorism.

The need to contend with terrorism can be found in almost every sphere of life: security, prevention and suppression of terrorism, legal and ethical dilemmas regarding democratic issues, such as the individual’s human rights, intelligence interrogations, the right of the public to know, as well as coping with social, psychological, and media-related issues.

Innocent Targets – When Terrorism Comes to School provides an informed and rational examination of this difficult subject, starting with the 1970 murder of nine Israeli school children and three adults in a brutal attack that left nineteen others crippled for life. Tracing the history of school related terrorist attacks in twelve countries to Beslan and its aftermath, the renowned father and son co-authoring team invoke the counsel of other top experts in evaluating this timely, emotional and critical subject.

Intended for use by teachers in the classroom and other environments, this guide offers information to help teachers recognize and respond to dangerous situations.

A textbook-sized reference for school planners tasked with designing, implementing and maintaining a safe school plan. It provides a comprehensive step-by-step approach that addresses all your school safety needs – from mitigation/prevention and preparedness planning, to response and recovery procedures. 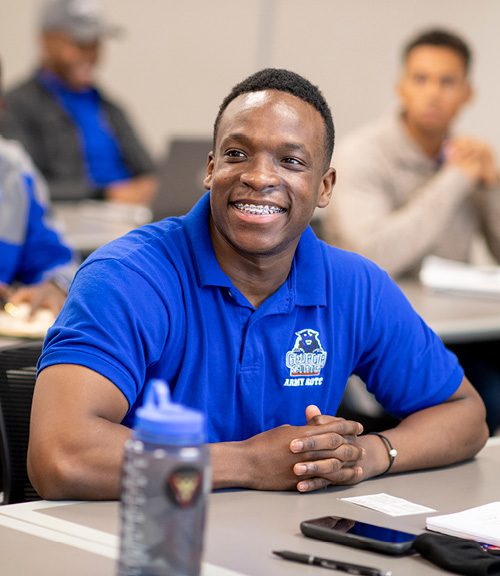 Panthers’ potential is worth investing in. Let’s show them! Give to the Georgia International Law Enforcement Exchange today and double your impact through a matching gift worth up to $25,000. Today’s the day to advance The State Way and every gift counts. Are you in?